On April 25, 2015 Ev, Connor and I participated in March of Dimes’ March for Babies in Waikiki. The firm was one of the major sponsors of the event, and as such, all the firm’s employees and their families were encouraged to participate. We even got new, snazzy Watanabe Ing LLP t-shirts made just for this event. 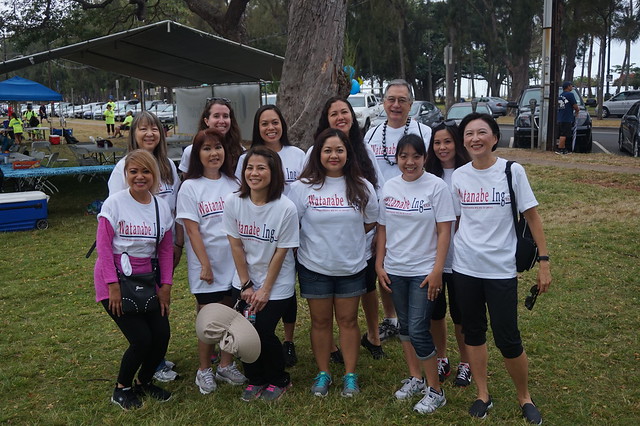 Most of the Watanabe Ing gang.

Connor is asking, “Where’s my shirt mom?”  Unfortunately, they didn’t make shirts small enough to fit Cain and Connor.  Connor also had a spectacular time playing with all the pine needles and acorns on the ground.

The march was longer than most of the fundraiser-type walks that I had done in the past and it spanned from Kapiolani park to Ala Moana and back to Kapiolani park. We were hoping that Connor would just fall asleep in his stroller like he had done for the Walk For Diabetes walk that we had done the month before but he was just not having it. He finally went down, but not before about 15 minutes of complaining, crying, and fussing. Oh well, I suppose it could have been worse. 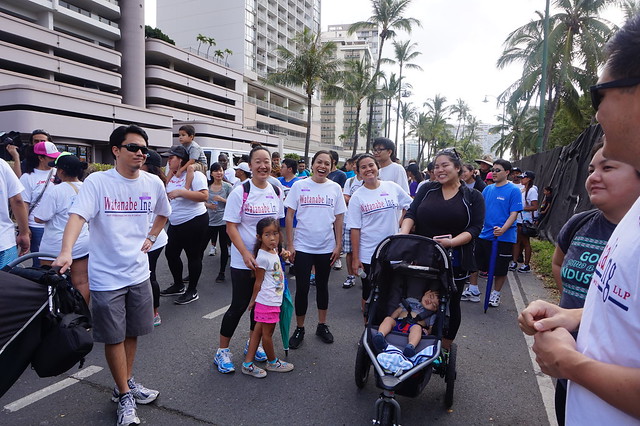 On the other hand, Cain did a good job. He fell asleep quietly and stayed asleep almost through the entire walk. Here’s a picture of Summer and her friends. 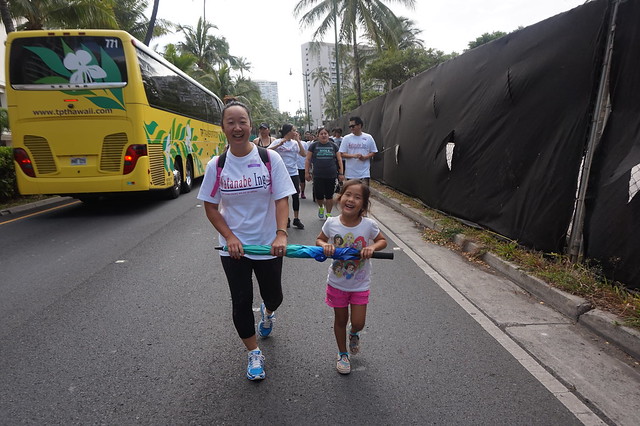 Anu’s niece did a fantastic job too. She did the whole 5k without complaining.

After finishing the walk, we sat under a tree and ate some orange chicken and fried rice. Overall, a very successful walk. Sad to say, my calf muscles were a little sore the next day even though it was only a 5k. I really need to get into shape. Ugh :p

Side note:  I’m doing a terrible job keeping up with my blog posts and am almost a month behind.  Getting ready for Connor’s party next month is keeping me busy.   Hopefully I catch up with my posts soon.