The Ohtas had an incredibly busy (but fun) June.  Our weekends are just packed with “activities we want to do before the baby arrives.”  The month started with fishing at Heeia fishpond and ended with Connor’s 3rd birthday. 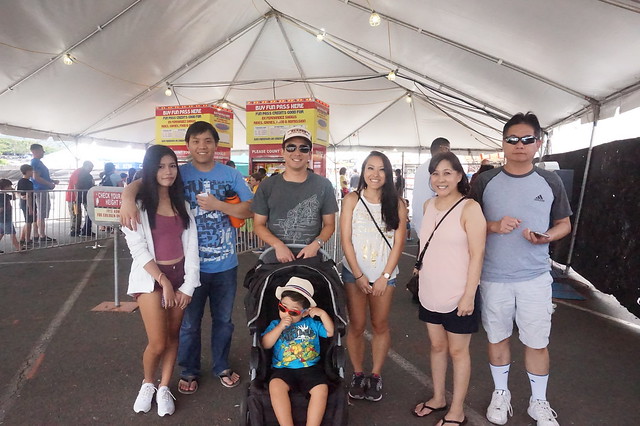 On Father’s day we went to the 50th State Fair with my family.  The fair had a special that day and admission and most rides were $2.00.  We went at noon, when the fair first opened. We made the right decision because the fair was pleasantly empty and not too crowded. Here are a few pictures from our visit to the 50th State Fair. 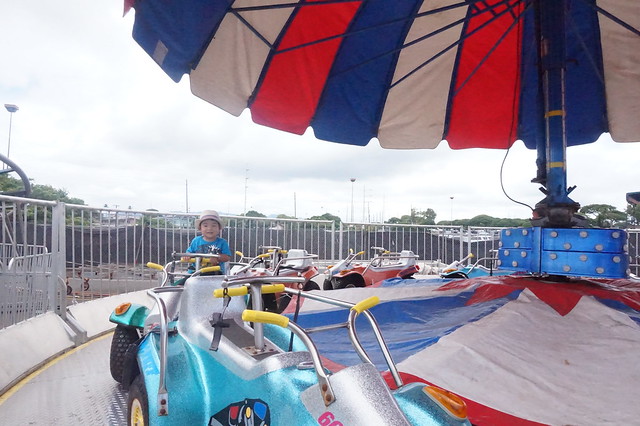 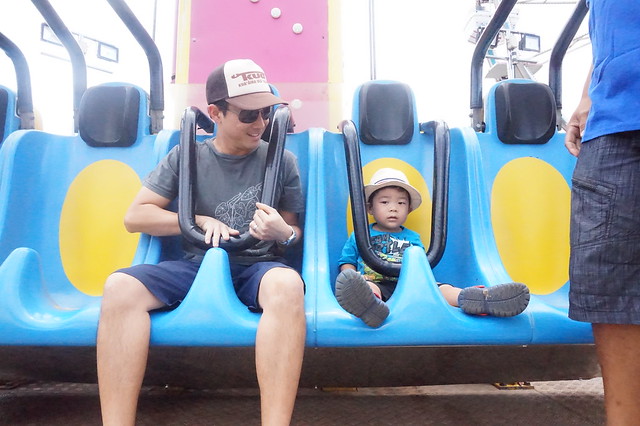 Connor really wanted to go on the Spring Ride, which is one of those rides that repeatedly lifts you up to about 30 feet in the air and drops you at random times.   I’m surprised they let him on the ride.  He looked so tiny. 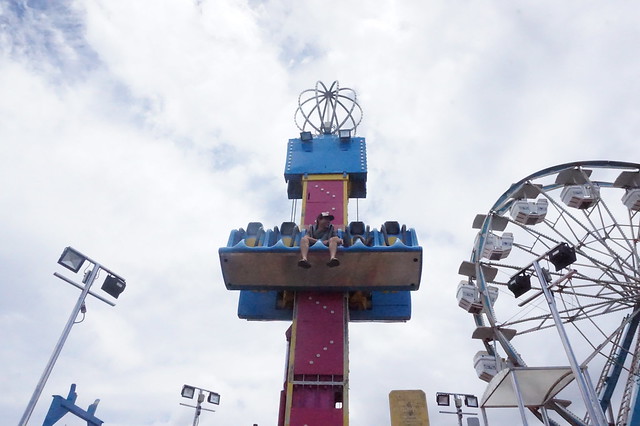 I was worried that this ride would be too scary for him and that he’d be traumatized for the rest of his life (Even I don’t like going on this ride!), but Connor was a good sport.  Ev said that near the end, he started yelling, “I’m all done!” However, he didn’t cry and after he got off the ride, he promptly ran unfazed to the Dizzy Dragon ride. 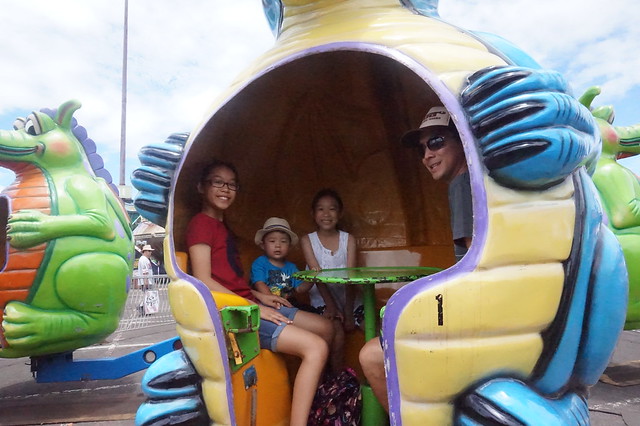 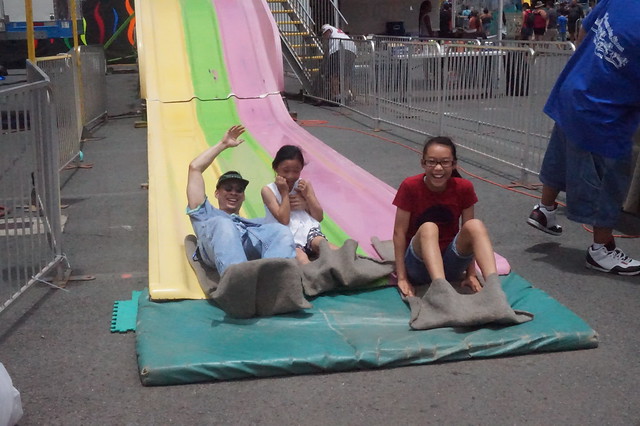 Connor also played one of those “play until you win” games and won a blow up emoji-man.  There was a variety of different faces, and Connor wanted the one with heart shaped eyes. 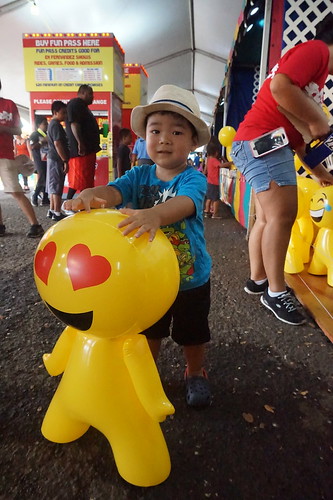 This year’s new ride was called KMG Speed, which was a 150 ride that whirls riders around like a giant fan.  I couldn’t ride on any of the rides because I’m pregnant but Kimi, my brother’s girlfriend was willing to go with Ev. 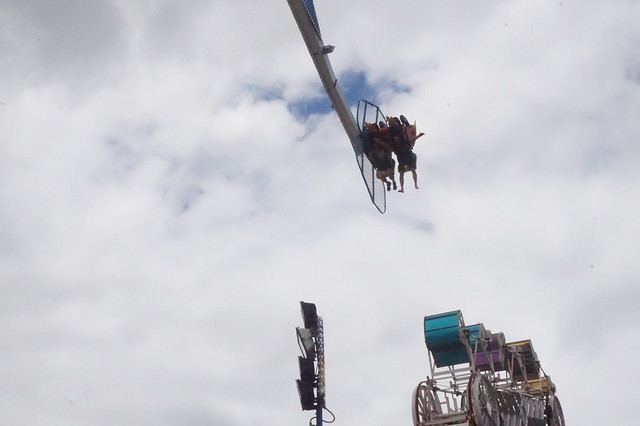 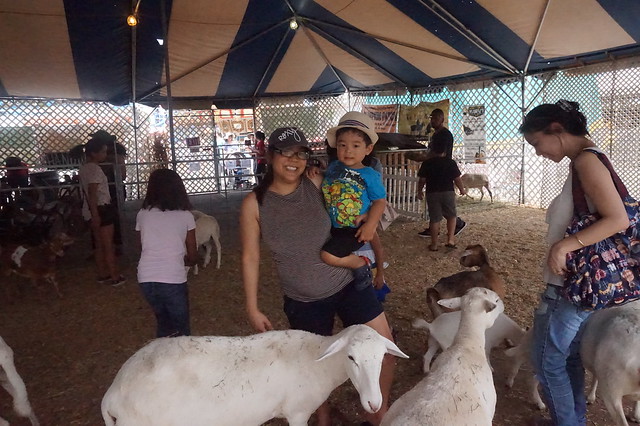 The 50th State Fair also had a pretty decent petting zoo run by Colton Farms, the same farm that ran the petting zoo at the pumpkin patch at the Waimanalo Country Farms. They had a nice variety of animals and admission was only $3.00 a person. 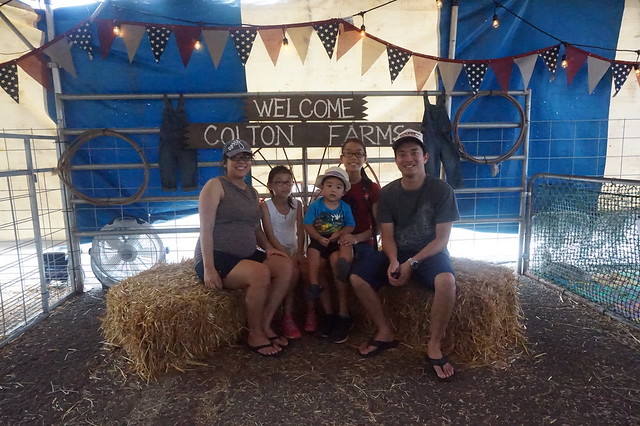