My baby turned 2 last week, and we celebrated with a crab boil at my mom’s house.  The party’s theme was a no-brainer this year.  We chose Connor’s favorite television show – Bubble Guppies. 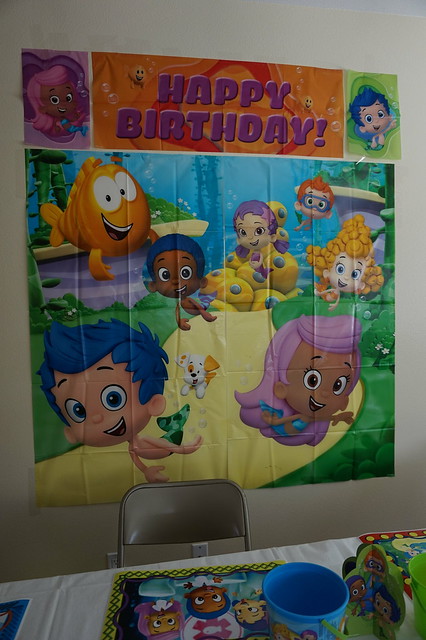 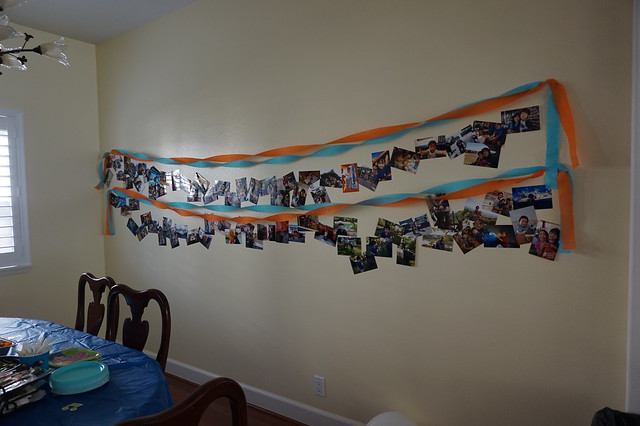 I went really overboard and bought an insane amount of seafood for the crab boil. We had 30 people at the party, and I bought 52 pounds of seafood (king crab, snow crab, lobster, shrimp, and clams). Haha. 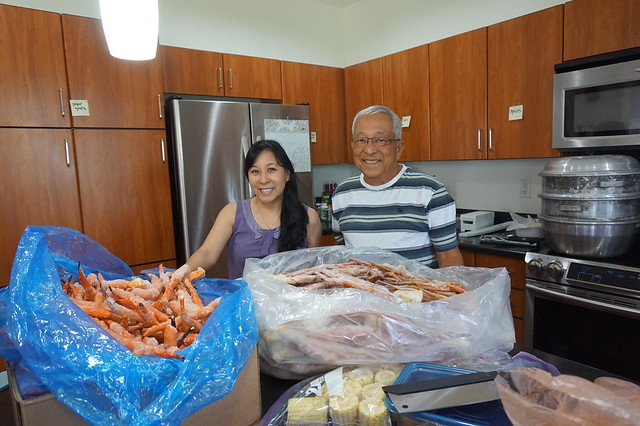 If you ever wanted to know, this is what 20 pounds of snow and 20 pounds of king crab looks like.  It was the most crab I’ve ever seen in one place in my life.  It was amazing. 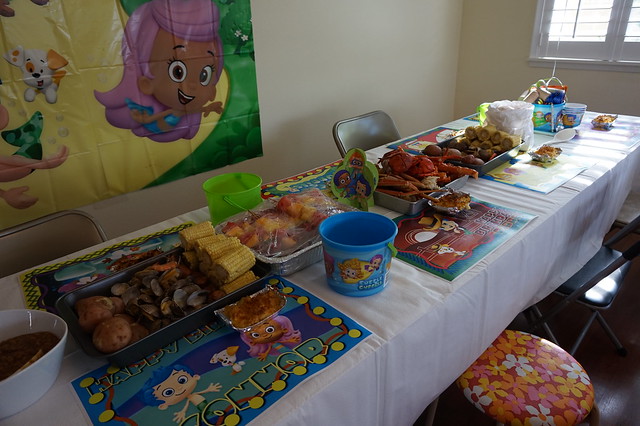 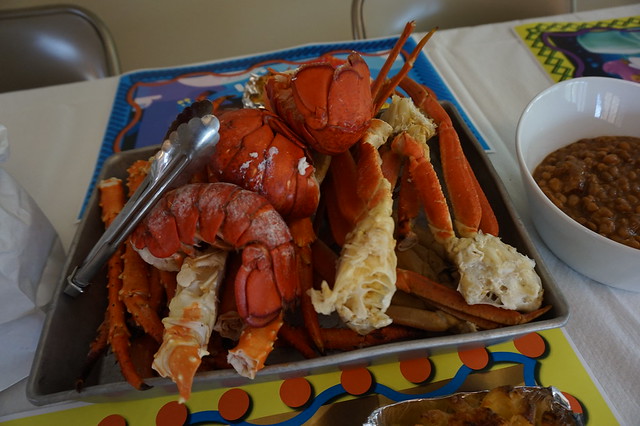 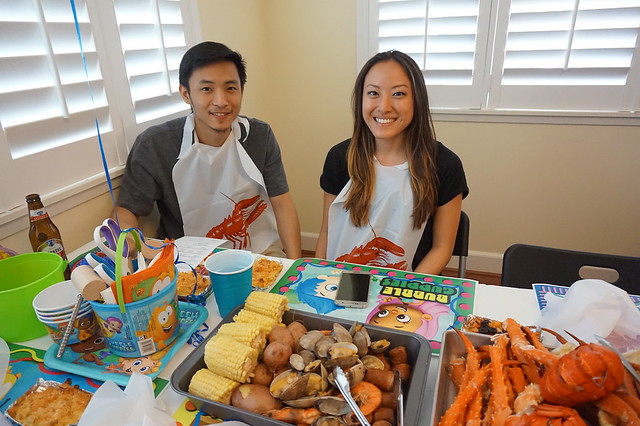 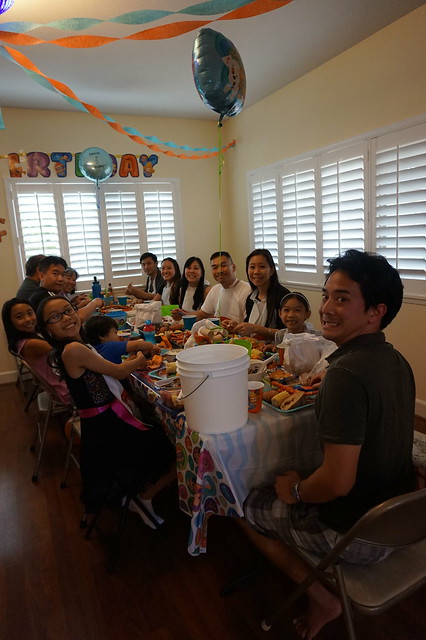 Connor is finally old enough to enjoy opening gifts.  He loved tearing off the gift wrap. 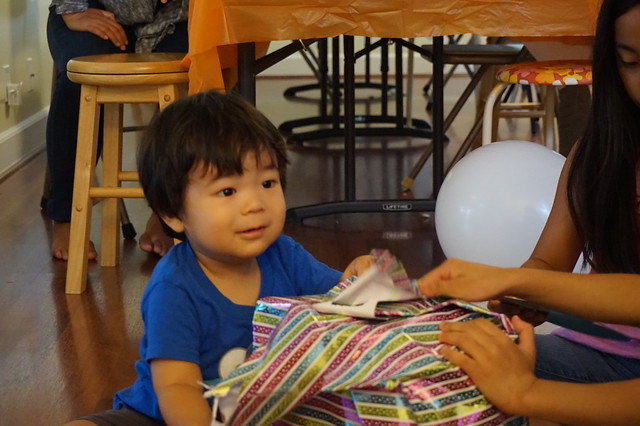 My brother Darren and his girlfriend Kimi won for the most noisy birthday gift ever.  They got Connor an instrument set complete with a drum, two maracas, a trumpet and tambourine.  Needless to say, Connor loves it. 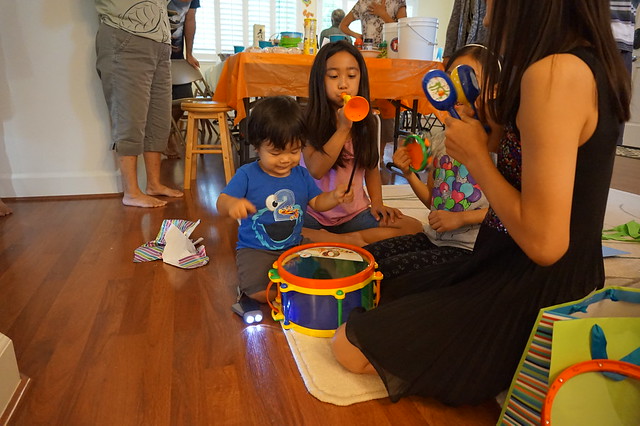 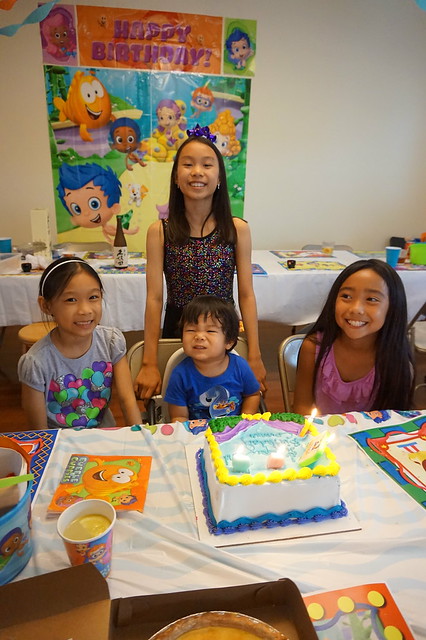 We promised Connor an ice cream cake for his birthday.  For days after we ordered the cake from Baskin-Robbins he would ask us, “Eat ice cream cake?” And we would have to tell him that it wasn’t his birthday yet. 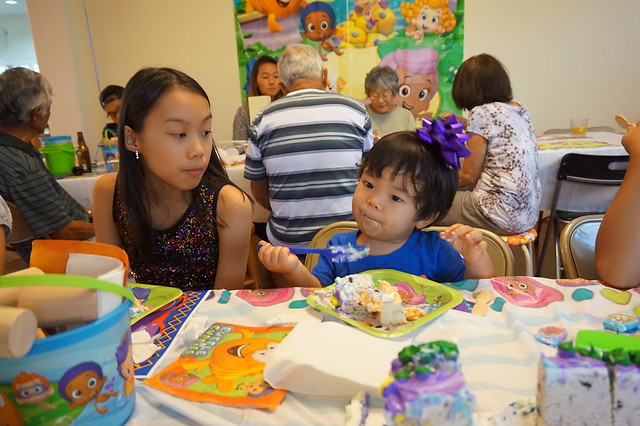 He was so happy when his birthday finally came, and he was able to have his own slice of birthday cake. My kid really loves ice cream.  Happy 2nd Birthday Connor. It’s been a fun two years.  Here’s to many, many more.