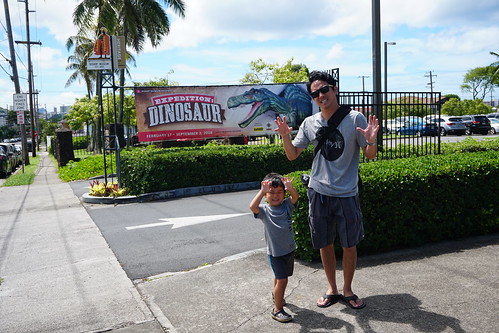 On Labor Day, we were looking for something to do with the boys and we decided to take them to see the Exhibition: Dinosaur exhibit at the Bishop Museum. We were lucky we went because it was actually the very last day to see the exhibit. 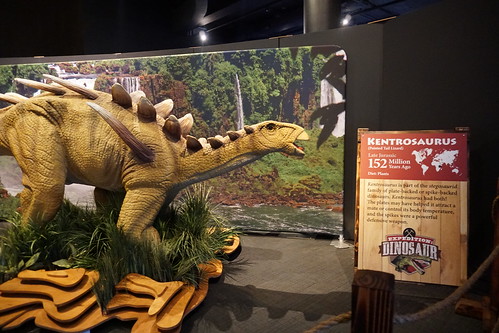 The Kamaaina rates to the Bishop Museum was $14.95 for adults, $12,95 for seniors, and $10.95 for kids 4 – 17 years old.  They have some pretty decent family membership plans (starting at $120), and I think we will really consider getting one when Grayson gets a little older. 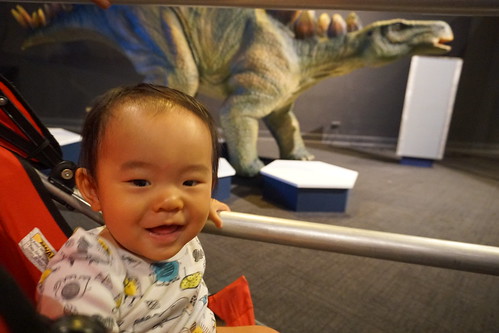 There was an extra charge of $4.95 per person for the Dinosaur exhibit, but I thought it was worth it.  The Dinosaur exhibit was well done. Most of the exhibits were interactive, and there were also a lot of hands on activities. 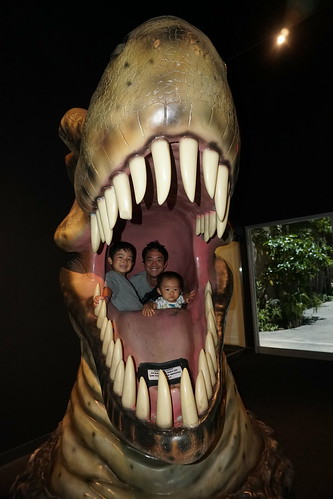 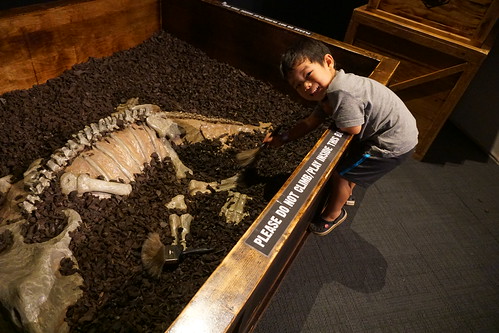 We also got to see the daily “lava” show located in the Hot Spot Theater in the Science Adventure Center. 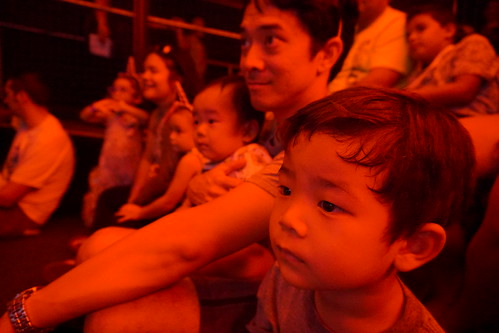 For the lava show, they heated up basalt cinder rock in a brass furnace to around 2,500 degrees Fahrenheit. Once the cinder rock was in its molten liquid state, they poured it out of the furnace onto a metal pan where it formed volcanic glass. 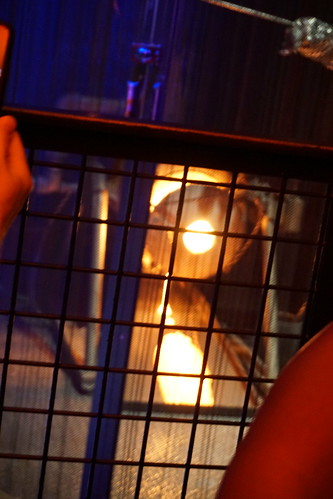 We were sitting in the second row, so I didn’t get a very good picture of the lava.   It was bright white when they poured it out onto the pan.  They also passed around samples of different types of lava (a’a, pahoehoe, pele’s hair, etc. ). I had never seen the lava show before and I thought it was decently educational for the kids. 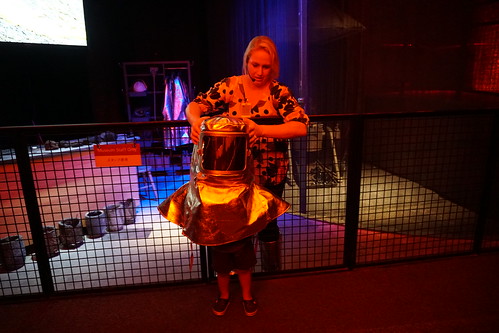 As we were about to leave, they announced that a T-Rex was spotted outside the museum! We went outside to find a fifteen foot adolescent T-rex walking around.   WOW! 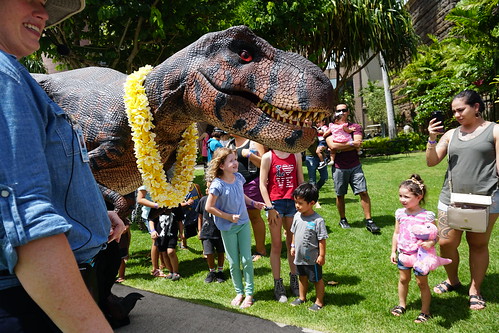 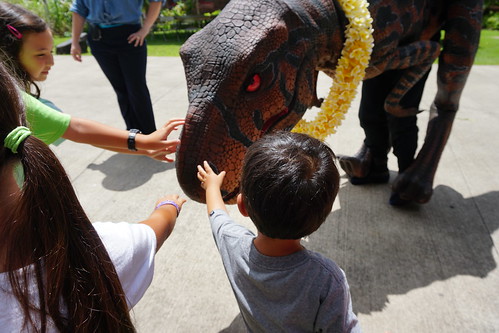 I’m really glad that we were able to take the boys to the Dinosaur exhibit before it closed. We ended up staying half a day and both boys passed out on the way home. Overall, it was a great day with the family.