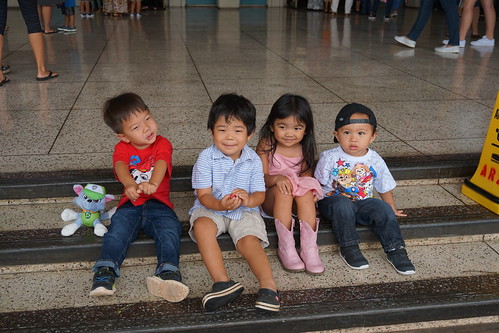 We were lucky to go with a bunch of Everett’s high school classmates who all have kids around the same age as Con and Gray. 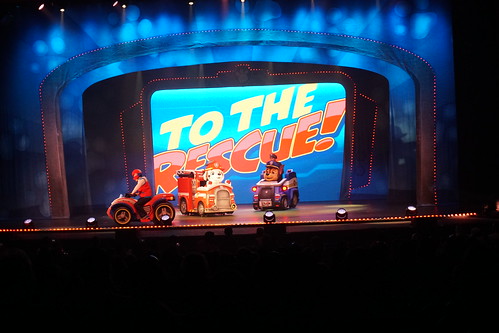 The show started when Adventure Bay’s Major Goodway goes missing under mysterious circumstances, and Ryder, Chase, Marshall, and the rest of the Paw Patrol need to step in and finish the race for Adventure Bay.  The kids were asked to look for clues to get the Paw Patrol through the race. 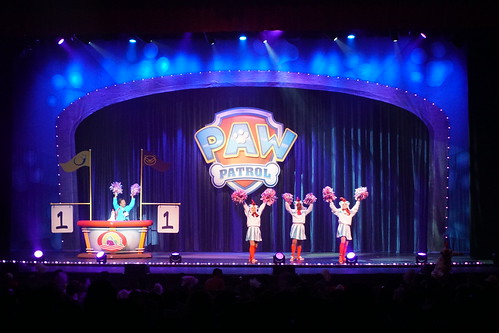 I was not expecting much from the play, and I was pleasantly surprised with the performance. We took Con to see Sesame Street Live last year, and I slightly preferred the Paw Patrol over Sesame Street! I think the Sesame Street Live had more familiar songs (Sesame Street Theme, Sing a Song, Elmo’s World, etc), but I enjoyed Paw Patrol’s story more and thought that Paw Patrol did a better job getting the kids to involved in the play. 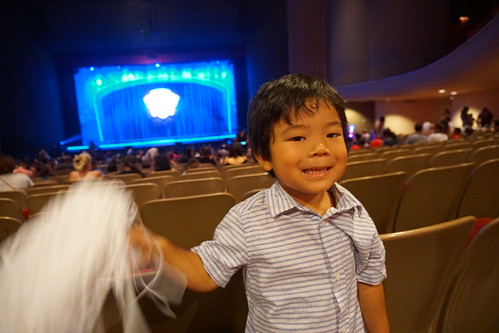 All the kids were given white plastic pom-poms to cheer on the Paw Patrol’s Adventure Bay team and the prop really helped the kids feel comfortable interacting with the performance.  It was fun to see Con and all the other kids get into the play. 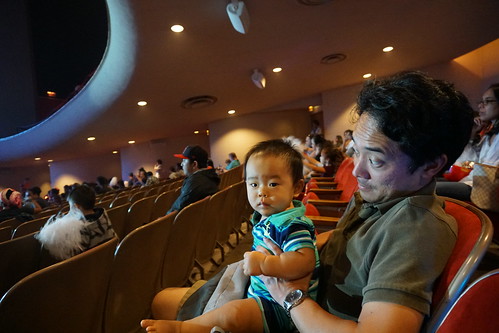 I think Gray was a little too young to fully understand the play.  However, I think that he enjoyed the bright colors and the music.  Children under 1 years old were free, so at least we didn’t have to buy him a ticket. 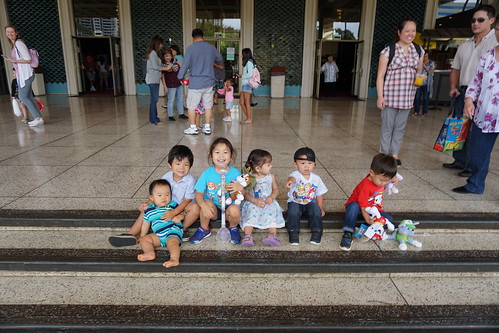 Overall, we had a really fun time watching Paw Patrol Live and would definitely go again if they come back to town.