Punahou Carnival!  Earlier this month, our family had a fun day spending all of our money at the Punahou Carnival.  I enjoy going to the carnival every year and I was especially excited this year because Connor was finally old enough to play the kid’s games.  We wanted to beat some of the crowds and had planned to get to the school as soon as the carnival opened at 11am. 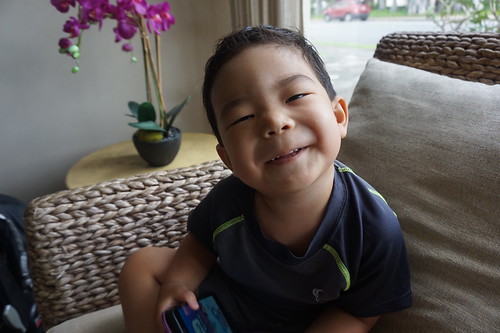 Despite our best intentions, we got off to a slow start because Connor was in one of his disagreeable moods.  He was having a rough morning and was refusing to put on his sunscreen.  After taking some time to collect himself, Connor was able to pull himself together.  We got to the Carnival at around 11:30am.  So, overall, it was still not bad time for the family. 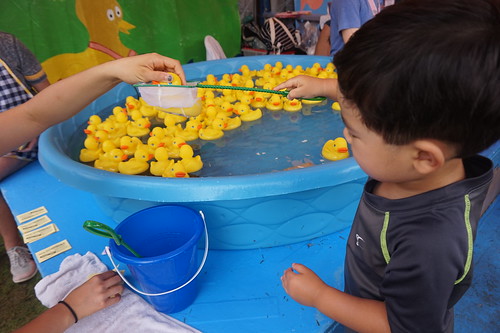 When we got to the carnival the first thing we did was purchase our scripts and ride card for the EK Fernandez rides.  I asked Connor what he wanted to do first – rides or games and he chose to play the games first.  We headed across the campus to the kiddie game area.  On the way, I picked up my taco salad ($3.50) that I get for lunch every year.  🙂 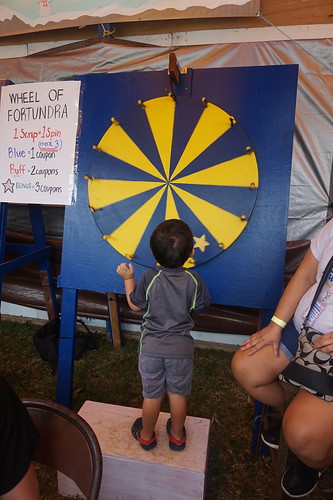 For about $10 worth of scripts, Connor had the best time playing all of the kids’ games.  He played all of the games at least once.  Most of the games were easy enough for Connor to play.  Connor enjoyed playing the duck pool, spin the wheel, fishing game, and bean bag toss games. 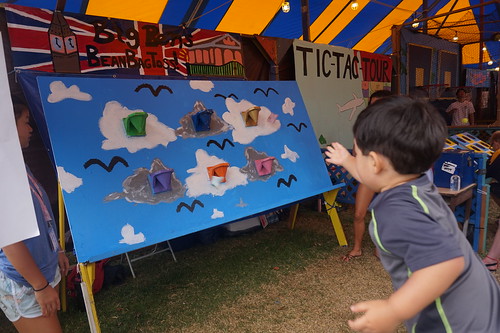 Connor’s favorite game was the treasure hunt game, in which you had to search for buried jewels in a  sandbox.  The smaller the jewel, the more tickets you could win. 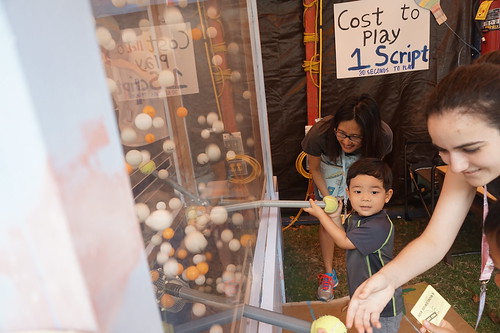 Each game cost one script (50 cents) and depending on the game, there was an opportunity to win between one to five tickets, which could then be traded in for various prizes.After Connor spent all his money, he had 19 tickets, which he traded in for a bouncy ball, finger puppet toy, a can of putty, a sticky hand and a Chinese yo-yo. 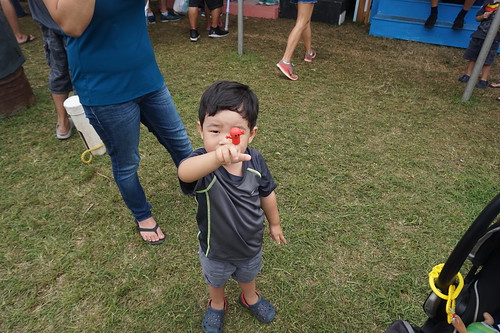 After the games, we walked around the farmer’s market and book tents.  I picked up about a 15 books for $6.  Score!  After that, we had lunch and then Connor was ready to go on the carnival rides. He rode on the Airplane, Dizzy Dinosaur and Speedway rides. 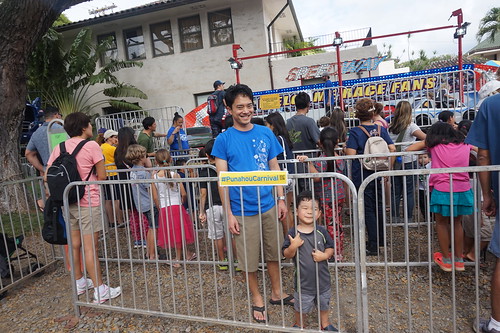 After the rides we called it a day.  It was already around 2 pm and Connor was ready to take his nap.  He pretty much passed out as soon as head hit his pillow. 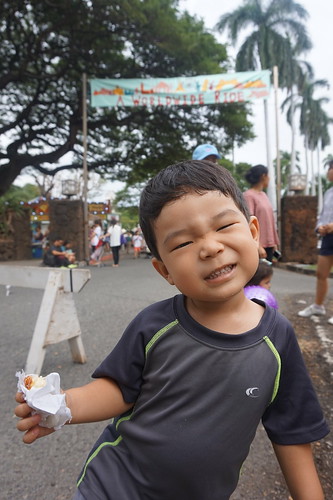 Overall, a great day.  Goodbye Punahou Carnival! Until next year!