(My first post of the new year!  Yes, this post is super late. Happy belated New Year everyone!)

On New Year’s Eve, Ev and I took Connor to a Balloon Drop and New Year’s Eve Party hosted by FIT4MOM Honolulu.  The Party was held at Kakaako Agora and was a charity event for Healthy Mothers Healthy Babies, a non profit organization committed to improving maternal and child health in Hawaii. 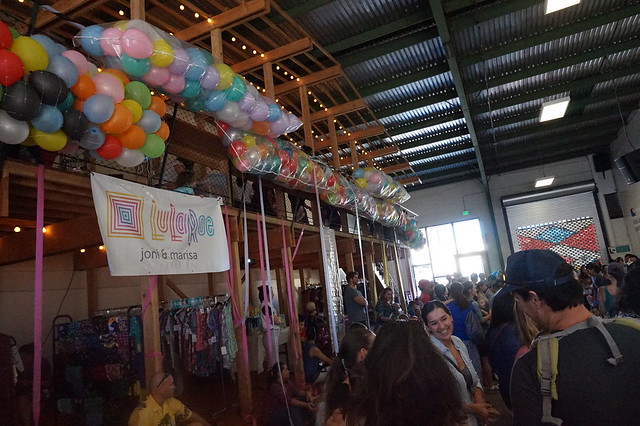 The event started at 10:30 am and ended shortly after the balloons dropped at 12 noon.  The cost was a $5 dollar donation per person.  When we first arrived, there were snack, activity, craft, and play stations to keep the kids busy while we waited for the program to start.  We also passed the time browsing a few of the “mommy vendor” stalls (LulaRoe, Osborne Books, Mary Kay, etc.) that were set up along one side of the room. 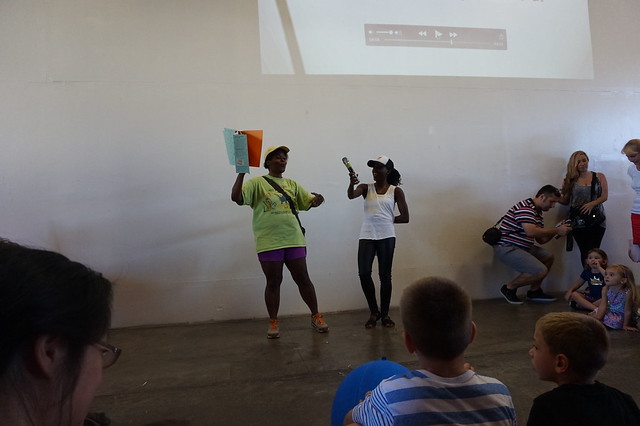 There was a short program consisting of a brief introduction from Fit4Mom Honolulu, story time and dancing, and a visit from Princesses Cinderella and Ariel! 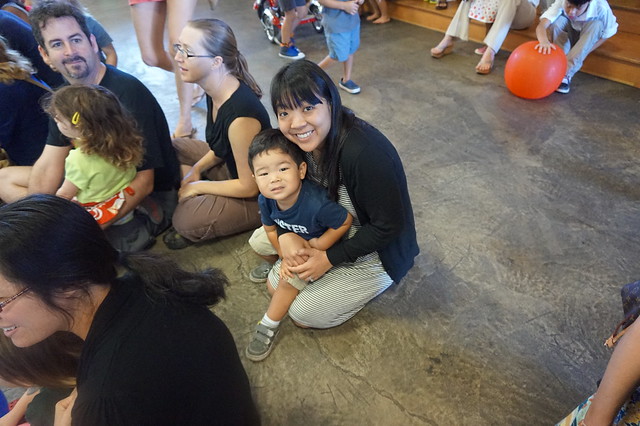 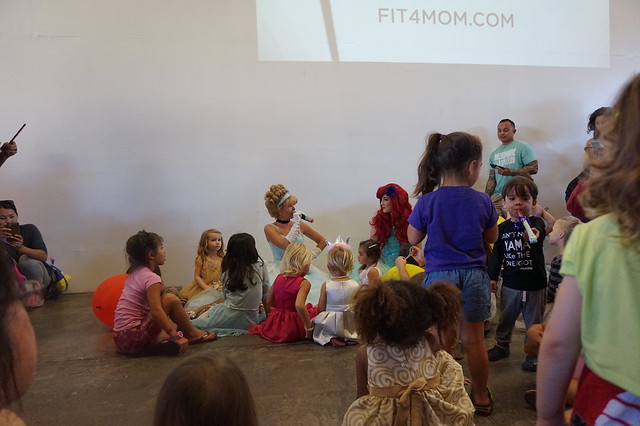 We don’t let Connor watch too much television, so I’m not sure whether Connor knew who those princesses were or if he was just not interested in them.  He was pretty indifferent to the princesses, so we didn’t stand in line for their autographs.  A lot of the other children were very excited to see the princesses though. It was very cute. 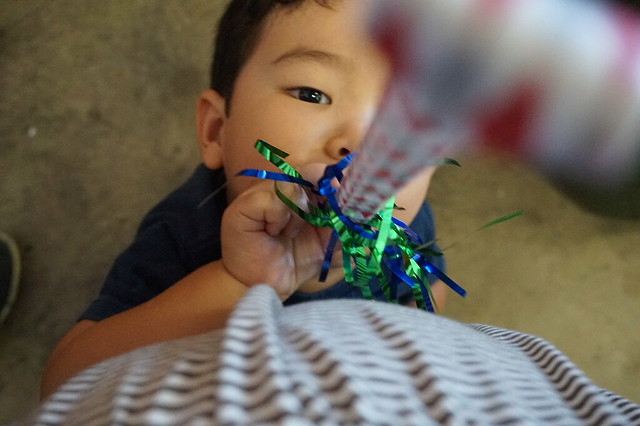 Connor was more excited to play with the party blowers that they were passing around.  it pretty much kept him preoccupied for most of the party.  I have about 50 photos of Connor blowing this party blower but I’m particularly proud of the picture above because I think it looks kind of artsy. 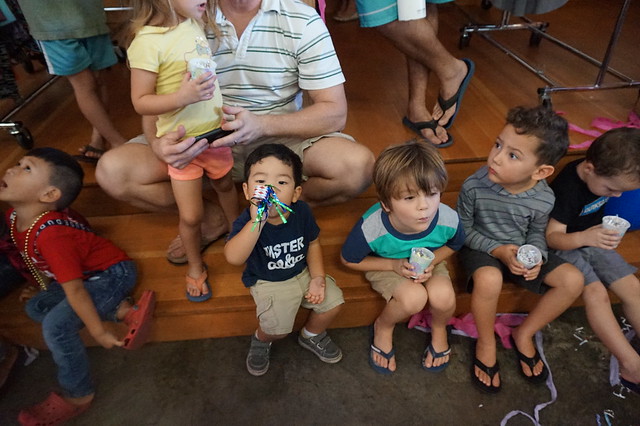 Shortly before noon, all the chilrden were asked to sit on the stairs under the balloons grouped somewhat by age, with the oldest children standing  in the center of the balloon area and the  youngest near the outsides of the area so that the younger children wouldn’t be trampled by the older children. 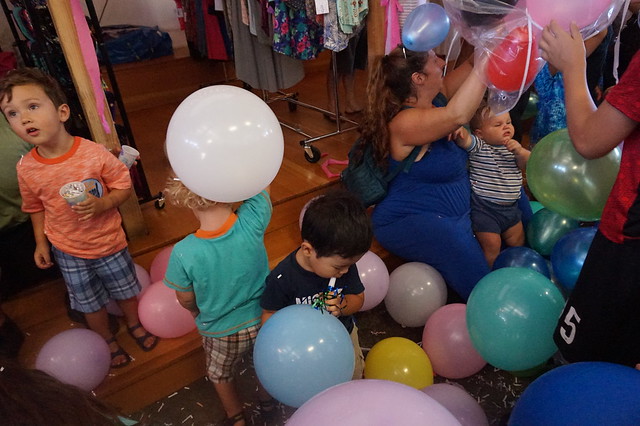 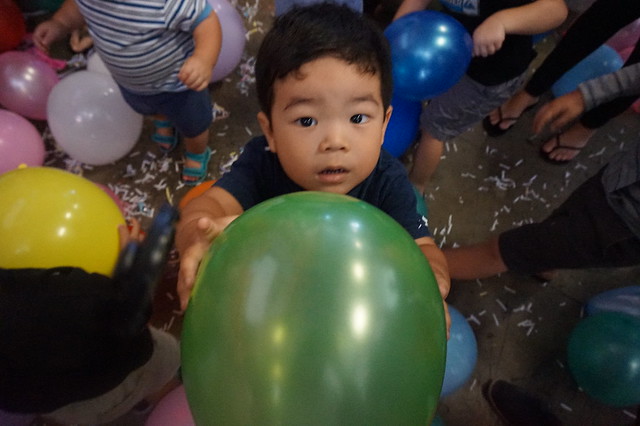 Eventually, we were able to coax Connor into giving up his party blower and play with the balloons on the floor.  Overall, Connor had fun and it gave us something to do on a Saturday afternoon.  I wouldn’t mind going again and hope they have the event next year. 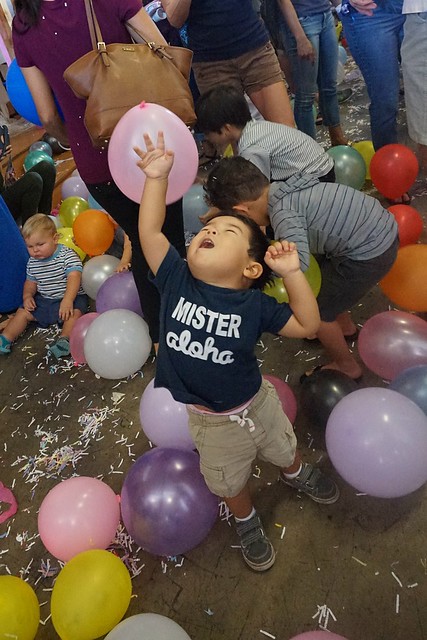 Happy New Year everyone.  I think that 2017 is going to be great. 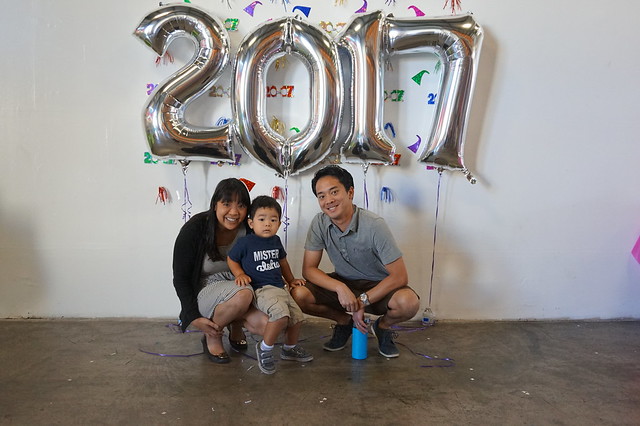